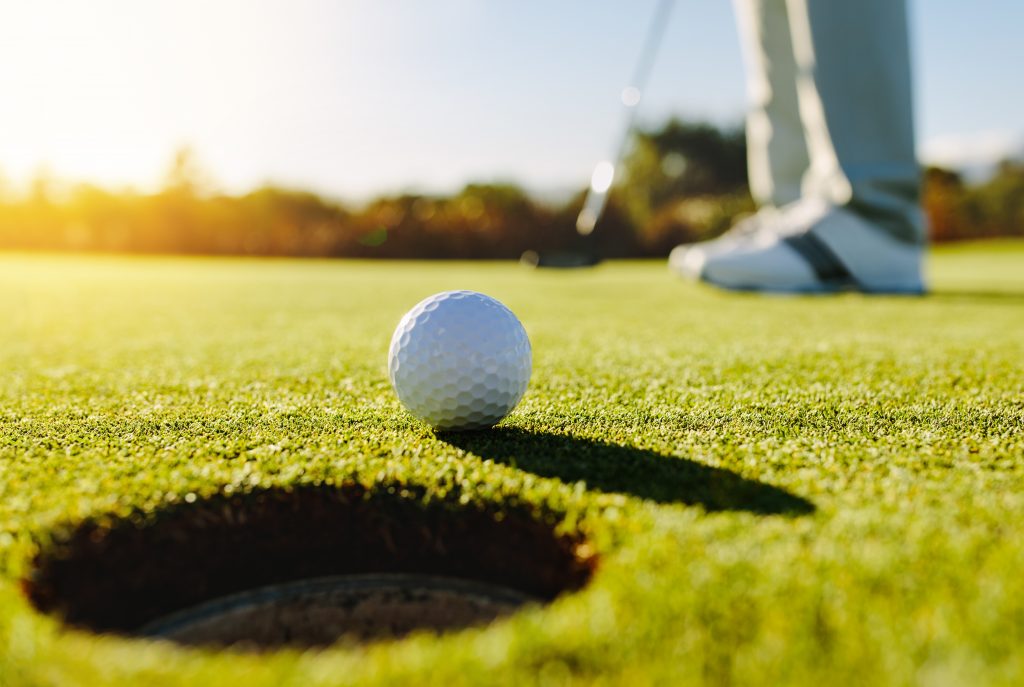 If you’re looking for tips concerning putting, you won’t find a shortage of information online, but it’s not exactly helpful. However, this guide is very different. I’ve included the best putting secrets that can help you to develop your game over time. Most of the time, you’ll come across tricks or tips that are merely quick fixes, however, what you really need is a way to develop your putting.

Each of the secrets I’ve included here stems from the basics, starting at the beginning. This guide also includes putting tips for golfers of all skill levels and builds up to challenging techniques you can try and rely on the next time you’re on the green. If you follow the techniques I’ve included here, you’ll notice a major change in your game over the next several weeks. There are no quick fixes in golf and there is a right and wrong way to improve your playing style. Here, you’ll learn the right way to putt and what not to do the next time you’re out on the green.

The best putting secrets are more about how to perfect your skills when you’re putting than they are about fast and easy tricks you can try to make your shots. If you’re bad at reading the green then use a golf range finder. The inability to correctly determine the distance to your position and the next hole is one of the biggest reasons beginners miss their shots. Not correctly positioning the club face or poor speed control are two other common issues that you’ll need to work on when you’re practicing your putting skills. Correctly distributing your weight when you’re playing on a slope or other type of uneven terrain on the green can also have a major impact on your putting skills.

At the end of the day, making these types of necessary changes and learning the importance of how you position the putter can make all the difference when it comes to how consistently you’re making your shots.

It’s all About Impact

When you’re putting the goal is to get the ball off the green and into the hole. If you’re not able to do that the first time around then you’ll at least want to finish as close as possible. In order to do this, you need to begin with the ball placed as close as possible to the intended target line. Adapting and controlling the velocity of the ball is obviously very important here. The ball should be launched off the putter face at one to four degrees upwards. 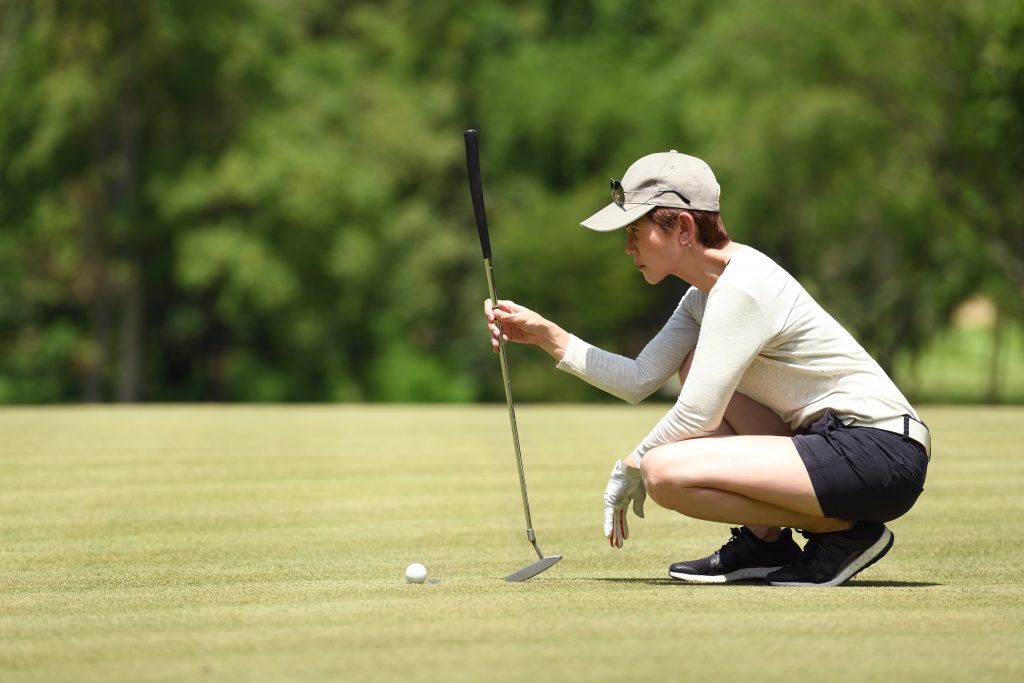 When it comes to estimating the distance between the ball and the flag, most golfers tend to focus more on breaks really, instead of the distance. This is because many golfers believe that distance is easier to read than tilt. If you use the best golf range finder, such as the SAYBIEN TR500 Waterproof golf range finder, then it would take all of the guesswork out of accurately determining the distance and slope in the terrain, ensuring you make the shot. Most golfers often get the distance wrong and tend to perceive the location of a hole closer than what it really is. In fact, on average, a golfer’s perceptual error is around twenty-five percent.  If you’ve found that you’re often misjudging the distance from your ball to the hole, then it may be time to invest in a range finder.

When you’re putting, you need to lean away from the break when you’re standing at address. This is done in order to maintain your view of the line. Since people are essentially hardwired to view things as level and the subconscious likes flat, your internal gyroscope may be causing you to aim incorrectly. This can spoil any type of instinctual good read that you may have. Most golfers have a natural tendency to lean with the slope on a course. You may find yourself automatically doing this as you settle into address. Most people will do it without even thinking. But doing so will cause the eyes to shift outside the ball, which means that you’ll end up aiming left of your chosen target line. The same problem can happen on right to left putts. You will notice that you end up leaning towards your heels, which will cause the eyes to shift inside the ball, so your aim will be too far to your right. This can be a huge putting problem that’s made even word by the fact that golf shoes come equipped with heel wedges that can slope as much as two degrees. This will add more tilt that can distort the golfer’s feel for a break when at address.

So, what’s the solution here? With a breaking putt, make sure you lean in the opposite direction of the slope you’re on. Instead, try leaning into the hill. Doing so will help to combat any type of visual distortion that the subconscious causes. Try using a subtle shift in the ankles. Shifting your weight into the toes when you’re dealing with right to left putts and moving your weight to your heels for left to right putts can prevent you from aiming incorrectly. The biggest reason golfers struggle with aiming correctly when they’re putting is due to their failure to adjust their posture.

When you learn how to align the face correctly you can build more confidence because the putter face is aimed directly where you want your ball to go. Many simple putting mistakes can easily be corrected if the golfer has a balanced position at address and a square putter face. If you aim the face of the club straight where you want the ball to go then you can read the green better since your putts will begin on the correct line, you may read it left edge, but if you have the face of the putter aimed at the right edge then the ball begins on the right and breaks, it can cause the golfer to believe that can’t correctly read the greens, when it truth they just weren’t aiming where they wanted the ball to go. 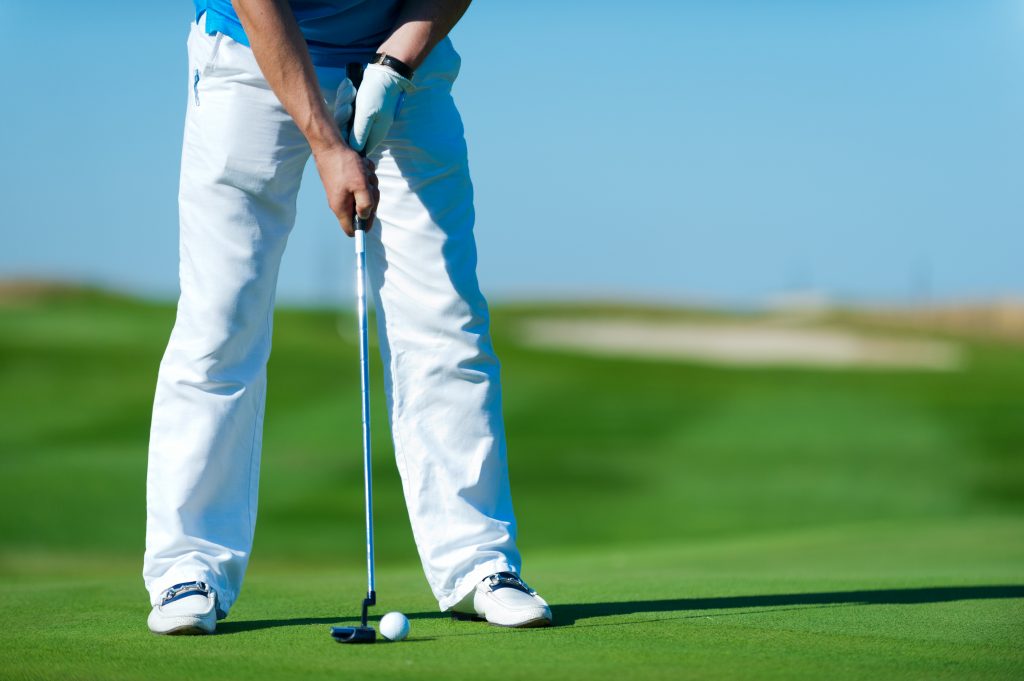 If you want to really work on your putting, then you need to improve your speed control. Speed can really affect everything. Even if you make a good read, if your speed is off then you won’t have a chance of making the shot. Some golfers believe that speed matters with longer putts, however, it can actually be more important on shorter putts. Just keep in mind, hitting harder in order to make a shot does not work with putting. In reality, you’re only making the shot harder. Controlling your speed will help you improve your proximity to the hole on longer putts and improve your shorter putt shots.

Choosing a Stroke that Works for You

There’s no right putting stroke for every golfer. There are many variations out there that may or may not work for you. However, every good putter is able to start the ball on the intended line every time. When it comes to your putting stroke, the direction of the putter face upon impact is what will determine where the ball will go. Basically, if the face of the putter is open the ball will go to the right, if it’s closed it will go to the left. The path of the putter is what has the most effect on how well you’re able to square the face at impact. Every stroke will have some type of arc in them. There’s really no such thing as a straight through stroke or a straight back. The amount of arc will depend on the player, however, a successful stroke with just enough arc allows the golfer to square the face to their intended target on impact.

When Should I Put My Ball in Putting Stance

The ball should be placed slightly in front of the center of your golf stance at address. As the club is resting on the ground, make sure you place your hands so that the putter’s grip is pointing towards your left.

How Wide Should Your Putting Stance Be?

Every golfer knows that the proper putting technique begins with their stance. The stance must be wide enough to form a good base, however, it should also be narrow enough to promote comfort. Most players recommend using a stance that’s two to three inches wider than your shoulders.

How Do I Use My Putter for Bunker Shots?

When you find yourself in a bunker, the goal really isn’t getting your ball as close to the hole as possible, instead, it’s more about just making it out of the bunker. If you’re using your putter, make sure you use it as aggressively as possible in order to hit the ball up and out of the sand trap. These can be very tricky shots that can frustrate even the best players. For more information on effective techniques that can help when you’re trapped in a bunker, click here to read my guide on how to get out of a bunker.

The best putting secrets won’t be quick fixes that you can use to finally improve your putting game. Instead, it’s all about changing how you play and correcting the mistakes that are impacting your putting game, whether you’re struggling with close or longer shots. Practicing the techniques I’ve discussed here and using the correct stance, the right putter, and the right position will be what has the most influence on your long and short games. Remember, one of the biggest reasons new golfers struggle with putting is their inability to read the green. If you’re new to the game, using a range finder can give you the advantage you need when you’re working on your putting skills, and can also end up teaching you how to accurately judge the distance from one hole to the next.