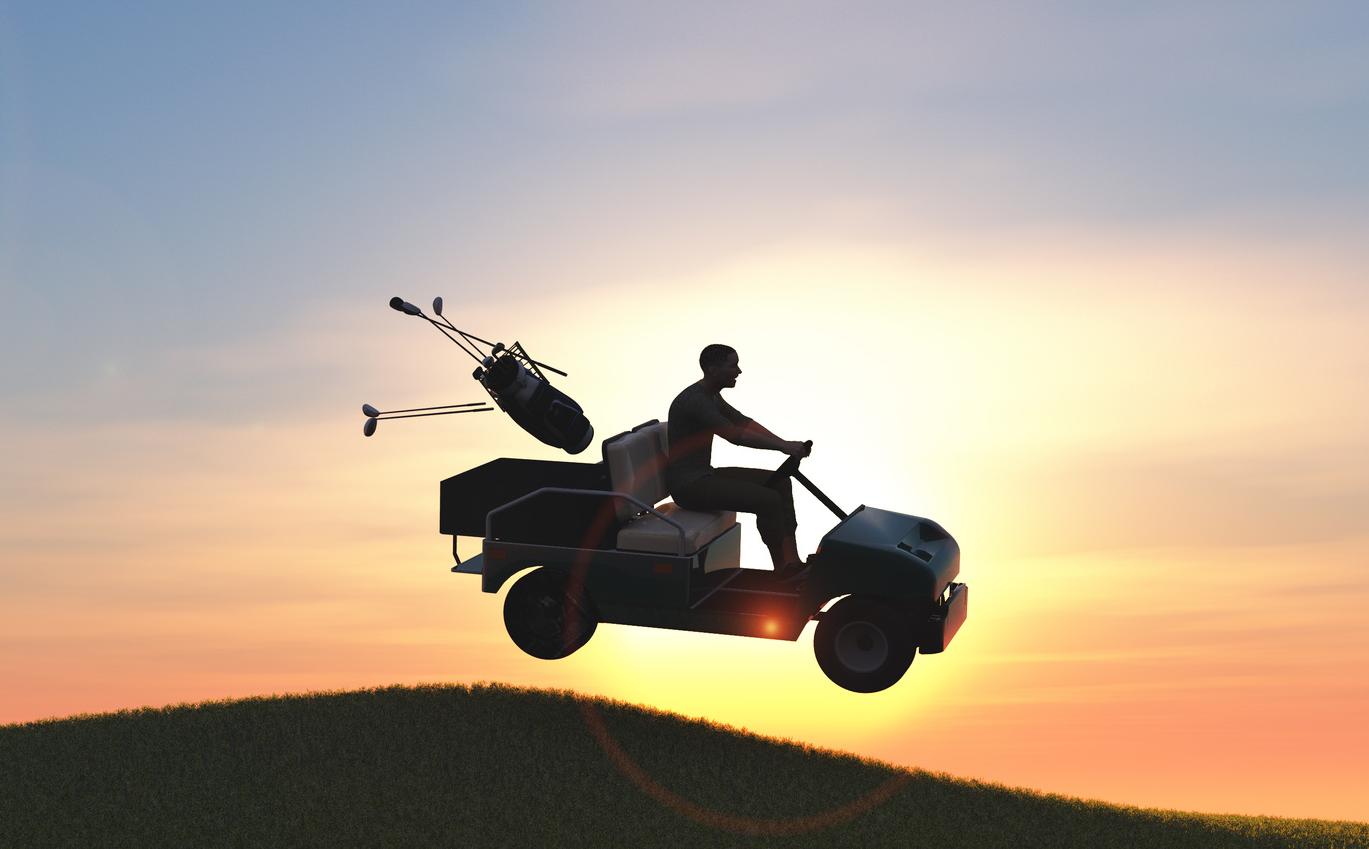 Golf carts are very popular these days. Not only are they much cheaper to maintain compared to cars, but they’re also more fun to drive, and energy efficient. For some people, they can also be used as a main mode of transportation. But are they safe to use on the road? What are the state golf cart laws? Off the course, golf cart use may not exactly be safe, especially when you consider the fact that they offer very little protection. So, are golf carts street legal? Can you drive a golf cart on the streets without a license? Let’s find out.

Golf cart laws will vary from state to state. Currently, forty-seven states allow golf cart use on roads with a lower speed limit. This helps to keep the driver and passenger safe considering these vehicles don’t offer much protection. If you’re not sure whether or not your state allows golf cart use on the road, make sure you check the state laws before you buy.

These state laws are in place to ensure the safety of golf cart users when on the road. Fortunately, many states now allow users to drive these vehicles on certain roads, which is a huge plus for those people who live in warmer climates and are looking for a reliable mode of transportation that can help them to save on gas.

Keep on reading to learn more about the laws surrounding golf cart use and find out which states have stricter laws in place.

More than two dozen states have already passed laws that authorize local governments to regulate golf cart use, allowing golf carts on public roads. However, there are also some states that have enforced stricter rules, such as prohibiting golf cart use at night. Other states have limited cart use to roads with slow speed limits or require the driver to have a standard driver’s license.

Currently, there are four states that have enacted legislation that’s directly related to golf cart use, in the past year. These states include:

Additionally, states such as Illinois and Minnesota now allow these carts on some local streets. In total, more than three hundred counties and cities have adopted laws that will allow a golf cart on main roads.

Golf carts are easy to maintain and drive and they’re more affordable and they’re very helpful to the environment. Considering the high gas prices, more and more people are looking for a more affordable vehicle that can be used for short rides around town, which is why golf cart use is on the rise. 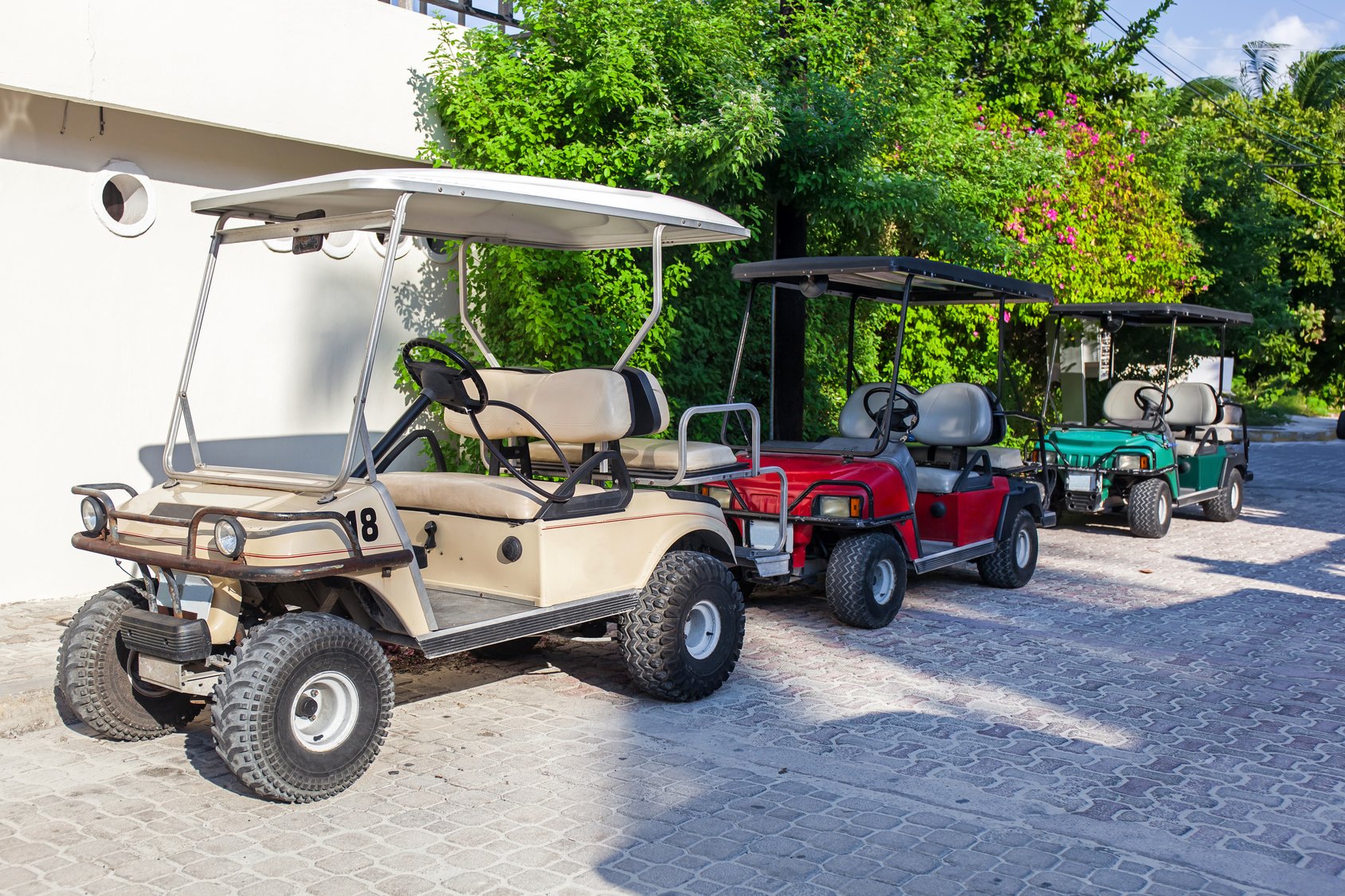 Each state will have its own way of dealing with golf cart use. Despite popular belief, golf carts aren’t only driven by seniors. They’re also commonly found in vacation areas and on college campuses and in some states that enjoy year-round warm weather, such as Florida.

A personal golf cart features a top speed that’s under twenty miles per hour. Some models are electrically powered while others are gas powered. In many cases, these carts aren’t required to meet federal safety standards.

Low-speed vehicles are similar to golf carts, however, they’re usually electrically powered and have a top speed around twenty-five miles per hour. Since low-speed vehicles have a higher speed they are required to meet certain safety standards and must be equipped with turn signals, mirrors, a windshield, and seatbelts.

In reality, there really isn’t much of a difference between low-speed vehicles and golf carts. Both types of vehicles would not hold up well in the event of a serious accident.

While golf carts are very popular in some cities and states, they do raise many questions in regard to safety on the road and should only be used by experienced drivers.

Are There Rules Involving Golf Cart Use on the Course?

Yes. The cart must be kept approximately thirty feet away from the green. Typically, signs near the green will be posted, notifying golfers that carts are not allowed beyond certain points. There may also be arrows that will direct users towards golf cart paths. On the course, you are not allowed to drive near bunkers, hazards, or grassy mounds. Water can damage a cart and the golf cart can cause damage to the bunkers and mounds.

There are also rules in regard to how you drive your golf cart. Always avoid speeding, coming to a sudden stop, or making sharp turns, as this can cause serious damage to the turf. Avoid driving through wet grass or muddy areas, or any area with standing water. The carts are also prohibited from going through any naturalized areas. To learn more about the rules of the course, click here to read our article on golf rules made easy.

Models like the TecTecTec ULT-X Golf Rangefinder come with the popular slope compensation feature, which can make them illegal to use in a competition. However, with this model, you can simply shut the feature off in order to make it tournament legal. If you’d like to learn more about range finders and slope technology, be sure to stop by and read our golf range finder buyer’s guide where you’ll find more information on how golf range finders work, or you can check out the top six models that made it on our list of the leading range finders on the market.

The golf cart laws tend to vary from state to state. In the past, most states did not allow these carts to be used on public roads, but these days, forty-seven states now allow these vehicles on roads with lower speeds. You won’t find states that allow golf carts to be used on major highways, but considering the fact that these vehicles don’t provide much in terms of protection, that’s probably a good thing.