For beginners, how to score in golf may seem like a mystery. In other sports, the player or team with the highest score is the winner, but in golf, it’s the player with the lowest score that wins. The object of the game itself is to get a ball in a hole on the green using the least amount of strokes possible.

How to score in golf: Keeping score in golf depends on the type of round you’re playing. There are many different variations of the game, however, there are two main types of scoring systems used for a golf round. The most common involves counting how many strokes a player takes per hole and adding up the numbers at the end of a round. The player with the fewest strokes is the winner. Match play is the other most common scoring system used. For match play, scoring is used to determine the winner for each hole in a round. The player with the fewest strokes will win that specific hole. At the end of the game, the player that won the most holes is considered the winner for that round.

Tracking your score in golf isn’t complicated, although there are some variations of golf that can make keeping tabs on who’s winning a little tricky, but for the most part, keeping score and basic scoring principles in golf are pretty simple to follow. Each time a player swings at the ball with the intention of hitting it, it counts as a stroke. Each time they take a swing the player must count it. At the end of a hole, once the player has gotten the ball into the hole, they must add up the strokes they used for that specific hole, which will be their score.

If the player took a total of six swings on the first hole then their score for hole number one is six. If they take four swings on hole two, their score is now ten. Tallying up how many swings they have taken will continue until the end of the game. The player will write down each of these scores on their scorecard, in a column or row where each hole will be listed. Once a player has made it to every hole on the course they will add up all of the scores for each of the holes together, and that will be the total score for the round. If they’re playing against someone, the golfer with the lowest score is the winner.

However, there are some other circumstances that can affect the score. As an example, every new player will need to add a penalty stroke here and there, if they’re playing by the rules. Basically, a golf score is the number of times you’ve tried to hit the ball around on the green. 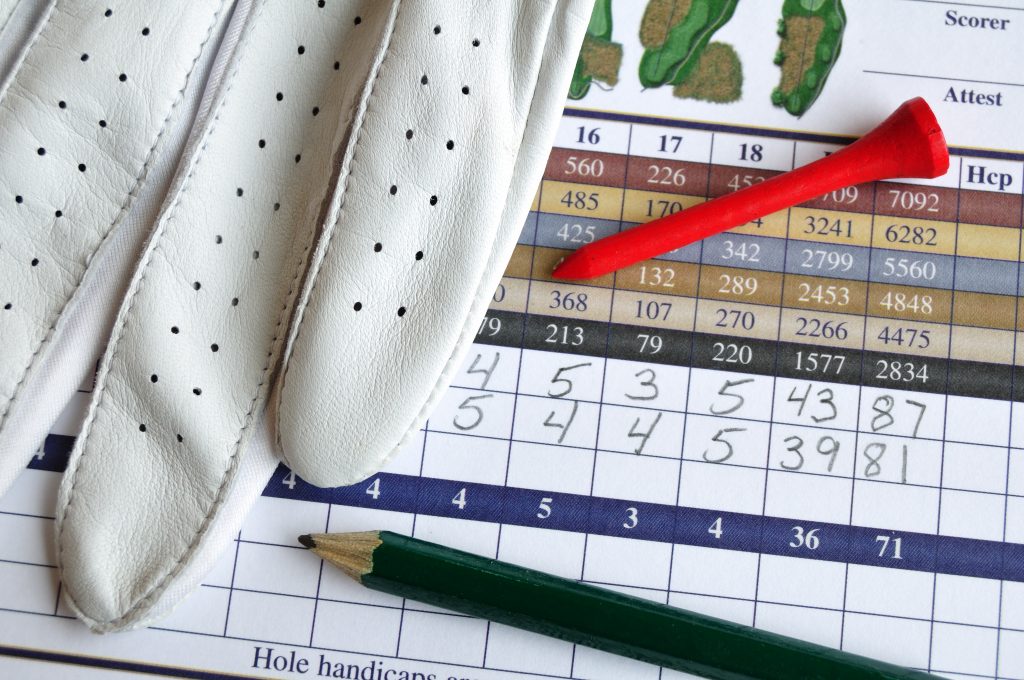 So, what does under par mean? When you hear a score given such as four over or two under par, this is an example of scoring relative to par or in relation to par. Par is the number of strokes a pro golfer is expected to need to play a round as a whole or how many strokes they will need to play a single hole. Each hole on a golf course has its own par rating. If the first hole has a par of four and the golfer scores a six, then they are two over par. If the second hole has a par of five and the golfer’s score is four, then they are one under par. If the player makes four on a hole that’s par four, so they are level par or even par.

This scoring applies to a golfer’s total score for the entire round. If the course’s par is seventy-two and the player shoots a ninety-eight, then they are twenty-six over par.

There are a few main formats that are used to keep score when you’re playing against other people.

Stroke play is what I’ve covered thus far and involves counting each of the strokes and writing down how many strokes were used per hole, adding up the number for every hole and the player with the lowest amount of strokes is the winner.

Match play is another option. With this type of scoring system, you’ll also count the number of strokes a player takes per hole, but then you’ll compare this number to your opponent’s and keep track of which player wins each hole. If one player makes a four on the first hole, then the opponent makes a five, the player that made a four will be the winner for that hole. The winner of the round will be the one that wins the most holes.

Stableford scoring involves a player’s score in relation to par when converted into points and it’s the number of overall points earned during the duration of the round that will determine the winner.

A foursome match is played between two teams of two golfers. Each team will have one ball and two players on the same team will take turns hitting alternate shots. One player will tee off on the first hole, and the second player will take the next shot. The first player will then take the third shot and so on. A foursome round can be scored using match play or stroke play, it’s entirely up to the players.

Each golfer on a team will tee off on every hole and the golfers will decide which shot was the best. Other golfers will then choose their ball and play another shot from that position until the hole is finished. Any lifted balls will need to be placed within a scorecard’s width of the chosen position. On the green, the ball will need to be placed within a putter’s head of the marker. This is a very popular golf game at most golf clubs.

This type of game is basically a fun way to earn a little money while you enjoy your time out on the green with your buddies. For this game, each hole is worth a determined amount of money or points, which a player can win only by having the fewest strokes per hole. If there is a tie, then the points or money will be carried over to the next hole. If two or more players halve the last hole then a playoff is required until one of the players is able to win the hole outright. Professional golfers actually have an annual game of skins. The game takes place twice a year after the end of the PGA tour season. There are only four players invited to this special tournament. While the PGA does recognize the game it doesn’t count towards the PGA’s official money list. Merrill Lynch sponsors this game, which is called the Merrill Lynch Skins Game. 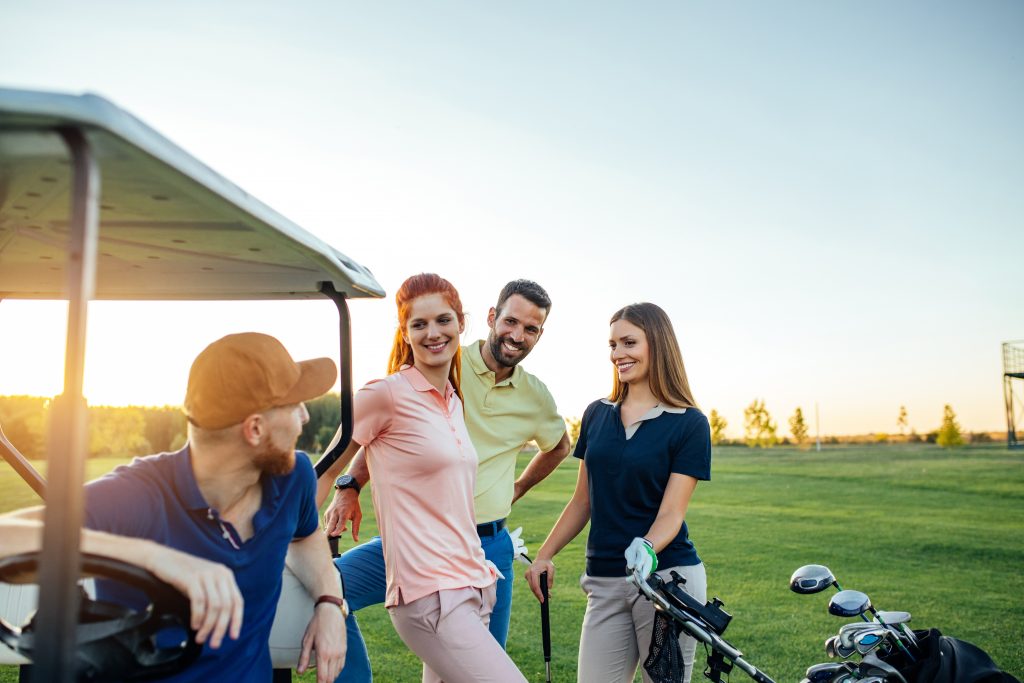 You may or may not have heard of the game greensome, but the scoring system for this particular game is similar to that of a foursome match. In terms of how to play, both teammates for each of the teams will choose the best shot. The golfer whose ball was not chosen will need to take an additional shot and all even numbered shots for every hole moving forward. Their teammate will play odd-numbered shots.

Can Using a Range Finder Lower My Score?

How Do I Lower My Score?

Lowering your score is possible, with plenty of practice. But in order to shave some strokes off your game, you need to determine whether you’re struggling with your long or short game. If you need to improve your short game, click here to read my article on the best putting secrets.

How to score in golf really depends on what scoring system you and your teammates decide to use, and whether you’re playing alone, with an opponent, or if you’re playing on a team. The most common scoring system is based on how many strokes are taken per hole, which is tallied up at the end of the round, with the player that has the lowest score winning the game. The other most common option is match play and involves a scoring system that counts the number of strokes a player takes per hole. The player with the least strokes will win that hole. At the end of the round, the player that won the most holes will win that round. Of course, there are different scoring systems used for greensome, foursome, and other fun games you can play on the course. But for the most part, most variations will follow a scoring system that’s a variation of traditional stroke and match play.