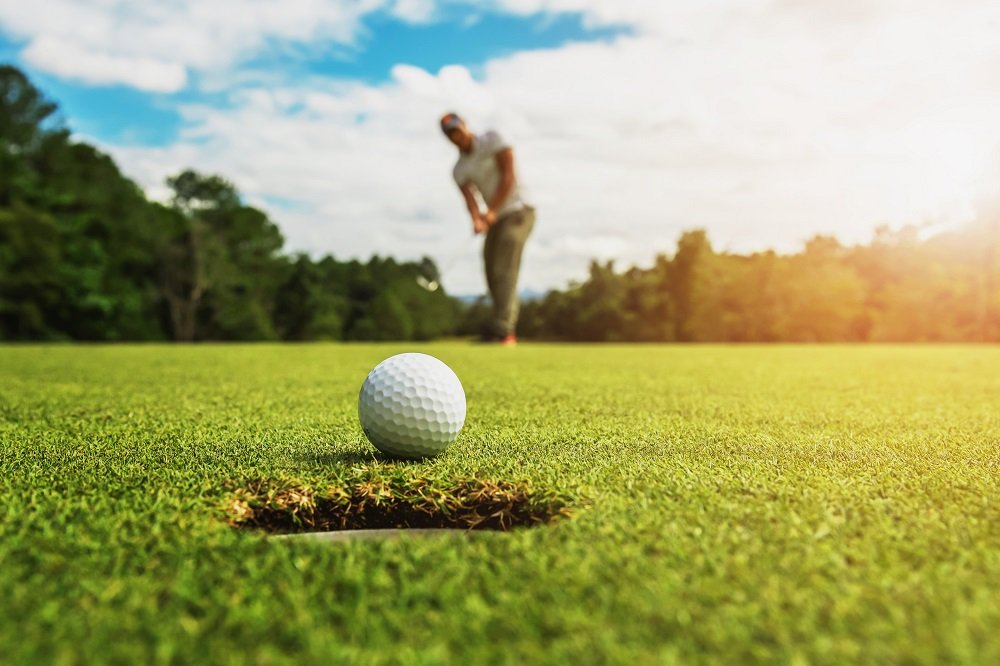 Many players dread putting. In fact, beginners tend to avoid practicing their putting skills at all costs, but doing so can have a huge impact on your score. While respected by low handicappers, putting is usually overlooked by the casual golfer. But why? Because an experienced golfer knows what the beginner doesn’t, that putting is one of the most critical parts of the game. If you don’t have putting down, say goodbye to a low score. If you’re serious about bringing your score down, then ditch your driver and focus on improving your putting technique. Putting drills is one way to perfect your short games and focus on growing as a player.

Many beginners will simply give up in the beginning, especially if they’re struggling a lot with short game basics. Newbies simply don’t know the importance of perfecting their putting skills, or even where to begin, how to practice, what type of drills work, and how often they should practice. The drills that I’ve included here are ones that the pros actually rely on to improve their short game, boost their confidence, and find their rhythm. These simple drills can be practiced throughout the week if you want to see your putting skills improve in as little as one month.

If you’re having trouble bringing that score down, instead of focusing on your long game and increasing your distance, put down the driver and pick up that putter. It’s important to get serious about your putting skills, in order to become a well-rounded player.

The following drills will help you grow as a player, and can give you the confidence you need using your putter, allowing you to become the type of golfer you’ve always wanted to be. I’ll cover many of the pros favorite drills and discuss how they can help your putting technique and how often you should practice your putting skills using each particular drill.

Many of the drills that I’ve included here can be practiced on the course or at home. This will allow you to practice your putting skills any time, regardless of where you are. So, even if you can’t make it to the course, you have no excuse when it comes to practicing your putting drills consistently, throughout the week.

For some of my golf putting secrets, head over to my full article on the topic. 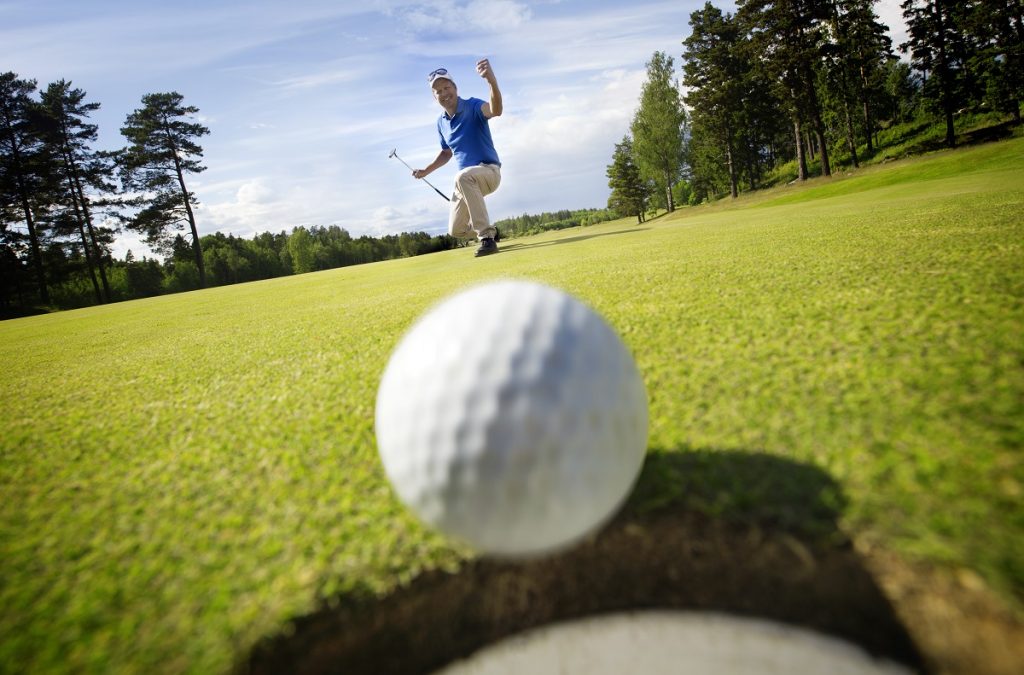 If you want to lower your score, then you need to know how to make those shorter shots. This particular drill can work wonders. For most golfers walking away with a bogey and a three-foot par putt can be incredibly frustrating. However, it can happen to anyone, but the more you focus on your putting skills and learn how to putt consistently, the more you’ll improve your game and finally see that ball fall into the hole.

This drill is one of the easiest and best ways to improve your shot consistency with three to eight-foot putts. This drill is often utilized by the pros as part of their practice sessions. If you practice this drill consistently, you’re guaranteed to lower your score.

For this drill, you’ll use ten to twelve balls. Place each of the balls around the cup in two-foot intervals. Begin with the four balls that are the closest to the hole, working your way out. Each time you miss a shot, you have to restart the drill. Not only can this drill help to build your confidence and improve your rhythm, but it can also give you much-needed practice in terms of putting in intense situations. Once you reach the ninth ball, it will feel like you’re on the eighteenth hole attempting to make a nine-foot putt for the win.

The most important aspect of a good putter is rhythm. The one, two, three drill can help a player to develop a consistent, steady stroke. For this drill, you’ll place three balls in a row at equal distances. You should place the balls three feet, six feet, and nine feet apart. Next, begin with the ball that’s the closest to the hole and move out. This is an excellent drill that can help you to find your rhythm before you head out for a serious game on the course, or even once you’ve finished up a practice session for the day. Most golfers have found that approximately eighty percent of their putts will be within three to nine feet of the cup. If you have the confidence to make these shots you’ll make more birdies and lower your score.

This is a great drill to ensure that you’re keeping the putter face square, while getting an excellent roll on the ball. For this drill, you’ll need to use a metal yardstick, placing it around six feet from the hole on the line, where the ball should begin off the putter face. Place the ball on the end, then hit the ball. If the ball remains on the yardstick the entire way, then this means that you kept the face of your putter square at impact and you put just enough roll on the ball. This is a simple and easy drill that you can practice at home if you don’t have time to make it to the course after work.

If you want to focus on controlling the speed of your putts, then this is one of the best drills to practice consistently. For this drill, you’ll place a manilla folder on the green, approximately six to nine feet away from you, on a level surface. Roll some putts and focus on having them stop on the folder. The slick surface of the folder is tricky to hold, which will make you focus on your putting speed.

This drill was made famous by Tiger Woods and it’s guaranteed to help any player to develop their confidence when it comes to short putts. For this drill, you’ll place the ball three to four feet away from the hole, placing a couple of tees wider than the head of a putter and creating a gate for the putter to swing through.

Now, you’ll alternate hitting twelve putts using your dominant hand only, then six putts using both of your hands. Determine the number of putts that you need to make in a row before you finish the drill.

Tiger Woods was known for making fifty or one hundred a day. For this drill, the key is to ensure that the putter head remains straight back and straight through to the hole. Once you see the short putts going in the hole over and over, you’ll feel more confident on the course. 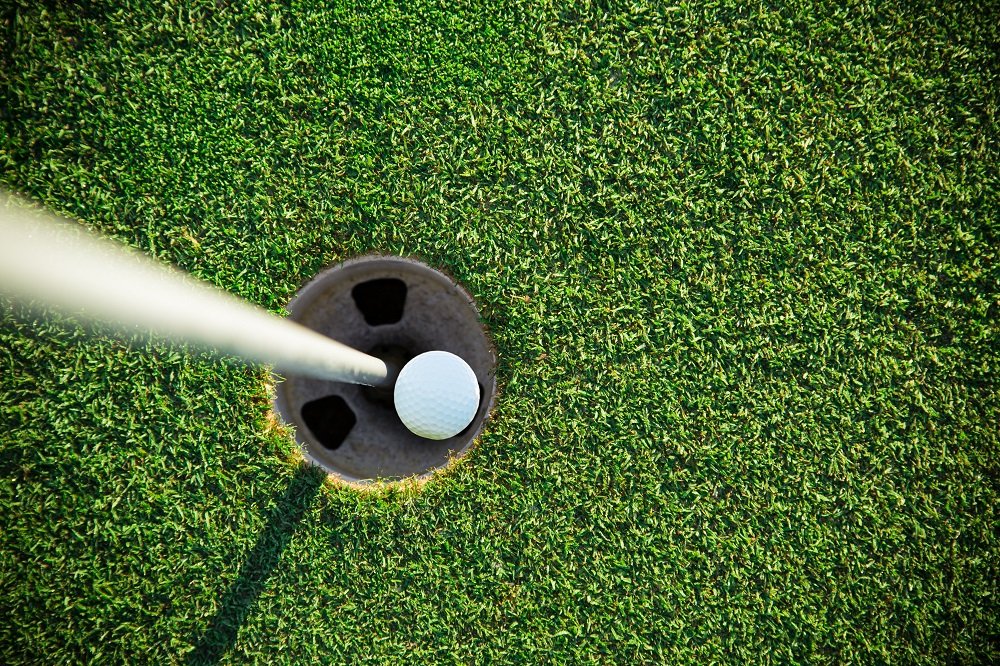 This drill is known and utilized by many low handicappers for a variety of reasons. This drill will have you staring at the bottom of the cup. Every player knows that feeling of missing a four or six foot birdie. This is the drill that will prevent you from ever feeling that way again. Practice this drill with some friends and you’ll find that you’re consistently rolling in eight-foot shots in no time at all. Begin by placing one ball ten feet away from the hole, then roll your best putt. Regardless of where the ball ends up at move it one foot away from the hole, then putt an additional time. Repeat this process until you’re able to make the putt. Keep track of your score as you go. Next, you’ll move back twenty feet and repeat the entire process. This drill should be done from ten, twenty, and thirty feet away, three times in a row. Shoot for a nine-hole round.

This drill will teach you how to consistently make short putts and remove any remaining stress for those two-foot tap ins. When the pressure is on, whether you want to admit it or not, those two-foot shots can start to look much longer than they do when you’re playing on a practice green.

For this drill, you’ll find a flat place on a practice green and stick a tee three feet away from the cup. Next, line up a straight, short putt, then knock it in. Do this over and over again, until you’ve done it a total of one hundred times. When you’re practicing this drill, focus on your alignment and form. This is a great drill that can help you practice your technique, however, after you’ve seen the ball drop in the hole one hundred times in a row, you’ll have all the confidence in the world when it comes to making more putts during a round.

Putting to an Object

The focus of this drill is to improve putting accuracy and control from the practice distance. This is one of the best drills that players can use at home. The further the distance, the more focus you’ll need to place on hitting the putter’s sweet spot. If your starting line is correct, and you end up missing the object, then you’ll know you’ve closed or opened the putter face during the drill. Begin by marking the required practice distance from whatever length. Many players recommend placing three, six, nine, and twelve markers to the desired object. Line the balls up in front of the object. This will prevent you from having to constantly place them. You can also practice by marking all the distances that you want to practice from, then move back three feet once you’ve hit the object. If you miss, then I recommend beginning all over again. This can help to improve muscle memory. For this drill, you’ll need a measuring tape, golf balls, a putter, and some tape as distance markers.

Tee at the Back and Front

This drill can help with putting tempo and will help you to get the right pace of the ball, which is usually one of the most important aspects of good putting. You can practice this drill to find the right acceleration of the ball through impact. This will ensure consistent distance control, a smoother roll and can keep your putt at a relatively even length of stroke on each side of the ball. Begin by positioning the ball, then place the tees on the rolling path of the ball at a variety of distances behind and ahead of the ball, so that the line of the tees will match a full swing trajectory for both backward and forward. The tees shouldn’t be directly in front of the ball. Make sure that each of the corresponding tees is at an equal length from the ball’s distance.

Next, focus on lining up your swing with the corresponding tees, in order to help with accuracy and distance, while you’re working to refine your pace.

Keep in mind, the backswing should be slightly shorter than the follow-through in order to help you find that build-up of speed during impact. For this drill, you’ll need to use tape as distance markers, a golf tee, a measuring tape, balls, and your putter.

Check out some of the best Sunday golf bag models by clicking here!

As you can see, these exercises are pretty simple, but they can have a major impact on your technique, short game shots, and your overall confidence.

The only thing that’s stopping you from improving your game is you. Using these putting drills consistently, throughout the week, can work to lower your score in as little as a month. So, head to the green with the drills, and commit to practicing one to two hours a week and you’ll notice that you’re shooting a lower score in no time. These drills will make you feel more confident that you’re going to sink that five-foot shot. Once you improve your putting technique, you’ll find that your game has significantly improved.