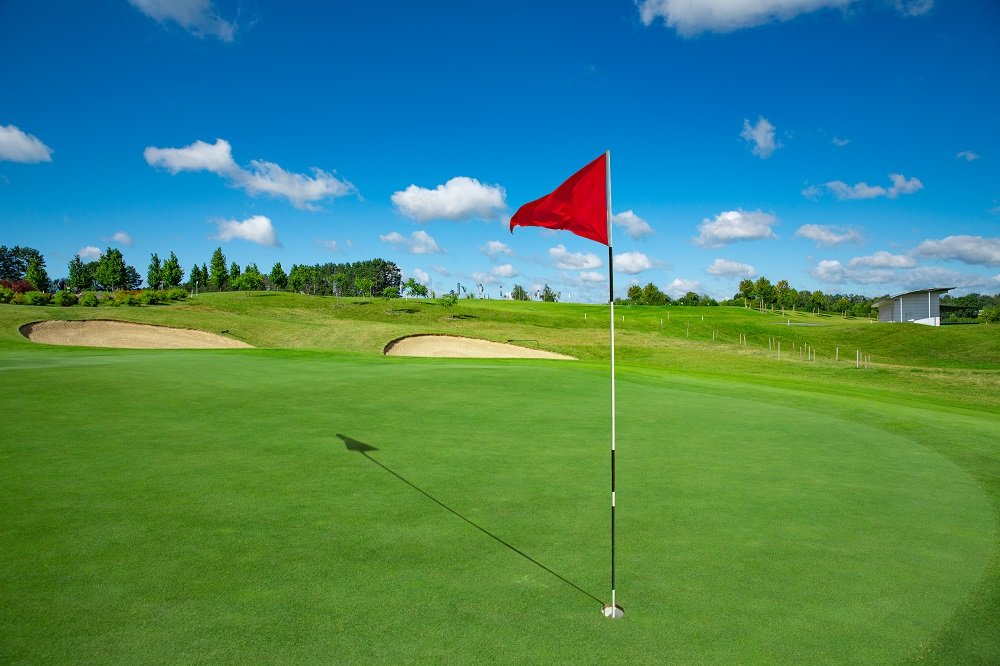 The main purpose of the flag is to show golfers where the next hole is. Golf range finders often come equipped with a pin seeking feature that measures the distance from the range finder to the pin. This makes it easier to accurately gauge the distance, although experienced players can usually eyeball the flag and come up with a distance that’s fairly accurate. But new players must rely on technology to accurately gauge a distance this way. For the beginner, it will take years of practice before they’re able to identify the distance without the use of a range finder.

The term tending the flag refers to someone standing next to the flagstick and removing it from the cup once a player has struck their putt.

A golfer can choose to play to the hole with the flag out or in, based on their preference. In years past, if a golfer played a stroke from the green to the cup with the flag still in, they faced a penalty. But due to the new golf rules, this has changed, so now, tending the flag is not going to be as common as it once was and there are some significant changes made to how a player is penalized when tending the flag as well.

Despite flag tending not being as common as it once was, there are many golfers who prefer to putt at the hole with the flag removed. Can removing the pin make it difficult to see the hole? For some golfers, yes. If visibility is an issue for you, then this is when you’ll speak with another golfer or caddy and ask them to tend the flag for you. This can help your shot significantly if you’re not able to see the hole once the flag has been removed.

Requesting that the Flag Be Tended 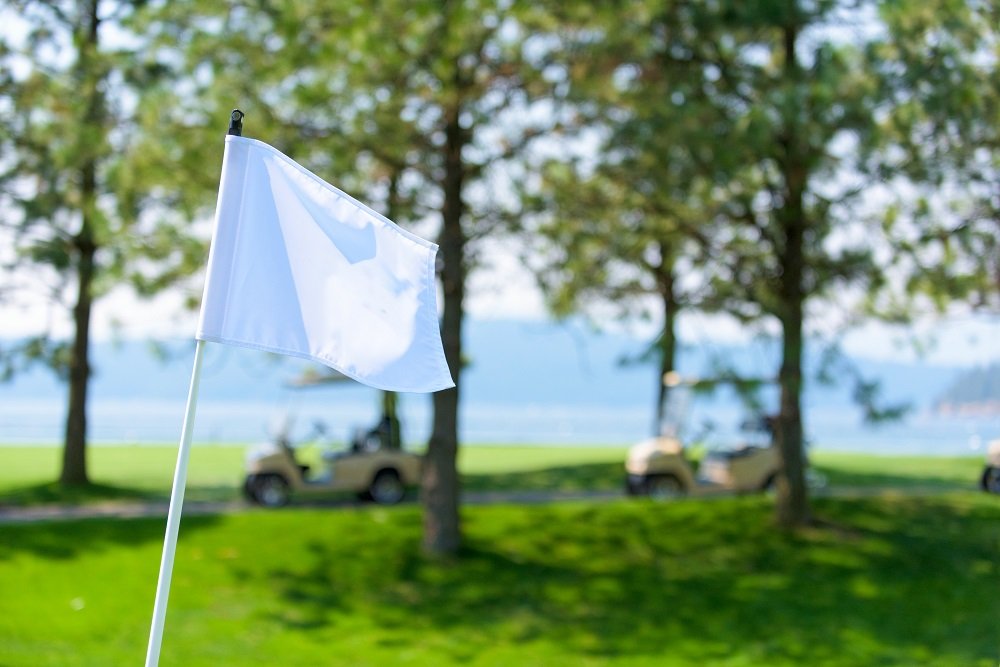 It’s perfectly fine for the flagstick to be tended to for any type of shot at any location on the course. A player can request tending of the flag when they’re attempting long putts. This is when a player may have difficulty seeing the hole from a long shot. Some players will also request flagstick tending when chipping off the green.

The flag should be tended for another player if:

Keep in mind, if the flag is still in the cup and another player’s not tending it, and another golfer decides to putt anyway, avoid rushing over to remove the flag. If you remove the flag from a hole while the ball’s and motion, it will be a penalty for you if you’re not attending the flag to start with.

If you’re the one that’s tending the flag, make sure that you approach it, remove it and stand it at arm’s length. Keep different players putting lines in mine, ensuring that you’re not standing in anyone’s putting line or walking across it.

Keep quiet and still in order to avoid distracting another player. Make sure you lift the pin straight up and avoid pulling it toward you or bending it. This is done because the flag can become stuck in the cup, requiring the person tending the flag to pull it out violently which can cause a cup liner to come out as well.

Walk away from the hole with the flag as the ball approaches, again, make sure that you’re careful to avoid getting in another player’s putting line. Take the flag to the edge of the green, where should you lay it down on the putting surface. Set the flag down in a place where it will be least likely to get hit by a ball. Once the hole is completed you can retrieve the flag and replace it.

It’s important to know that if the flag is in the hole, the person that stands near it is going to be deemed as the person that will tend the flag unless another player requests the job. This means that the person standing closest to the flag will be responsible for it until a ball comes to rest.

In golf, the flags are a very important part of the game. The flag is used to identify where a hole is placed. The flags extend up to several feet above the ground which allows a player on the course to easily locate the hole’s position on the green from hundreds of yards away.

The color of the flag sends a message, telling the player in the tee box or in the fairway the relative location of the flag on the green. Not every golf course we’ll use color coding, so a player it’s advised to ask at a pro shop if they’re not certain that the flags are color-coded. When dealing with color-coded flags, the flag color can be used to mark the flag’s location relative to the center of the green. There will be a color for the back, one for the center, and at the front. Some courses will also mark the flag based on skill level for the player. You can find this information on the scorecard, which will clearly list the colors for easy, medium, and hard areas found on the green. The biggest and most important job of the flag is to show where the hole is for a golfer that is too far away to see the hole. Because of this, there’s no penalty for striking a flag from a great distance since it’s important for the flag to be in the hole. Just as long as a player is taking a shot from the green and there isn’t anyone tending the flag during the shot there will be no penalty for a ball that strikes the flag.

There will be instances in which the ball can end up wedged between the pin and the lip of the hole, especially during putting drills. In cases such as these, a golfer should take great care when they remove the flag since it will determine their score. If the ball ends up falling into the hole it will count as in. If it pops out, it’s placed back on the lip and must be tapped for another stroke.

For new players, learning the ropes of the game can be very challenging. Hopefully, this article has helped to clear up some common misconceptions when it comes to tending the flag in golf properly. While some of these rules may seem unfair or even a little ridiculous, there’s a reason for everything when it comes to the golf rules and how the game is played. Whether you’re a low handicapper or a beginner, it always helps to stay informed regarding the new rule changes and to review them periodically, so you always know the proper etiquette and the rules behind each play.